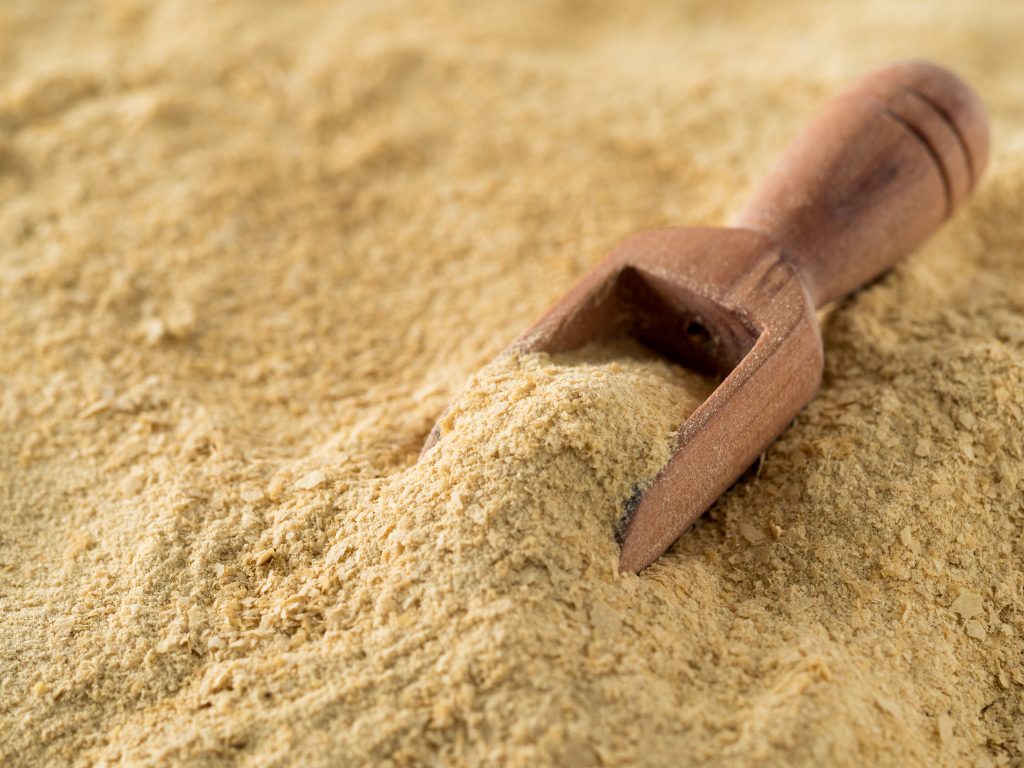 For those of you not already in the know, Nooch is not a new product, just one that has been recently renamed and promoted. It is a form of nutritional yeast grown on molasses, and then deactivated through the heated drying process. Following this, it is then made into flakes or a powder and has been available in health food stores for years.

Nooch is also available in increasing amounts of more ‘mainstream’ shops such as
supermarkets. It is possible to purchase it in reasonably large quantities for a relatively low price. This means it is accessible to anyone who wishes try it.

Nooch, or nutritional yeast to give it the technical name, has long been a staple of alternative vegan and vegetarian diets. However, it has recently begun to appear on restaurant menus across the country.

You may be saying to yourself “that’s all very well, but what’s the point? There are several
reasons why you should decide to try Nooch, not only is it essential in vegan diets in particular, it also has numerous health benefits.

If you have already, foregone animal products you are probably aware of the powers of this powder. For the many that are still meat or dairy consumers, there are many benefits to giving this on trend food a try.

Firstly, the taste. It has a nutty, cheesy flavor, similar to parmesan, with an umami flavor profile.

Secondly, unlike the Italian hard cheese, Nooch is low in sodium, low in fat, and is obviously a great alternative for lactose intolerant individuals. It is also a complete protein, meaning it has all the amino acids required for the body to function.

Finally, Nooch is also an excellent source of B vitamins, important for maintaining your
metabolism. Although this sounds too good to be true, it is healthy and has a unique taste.

However, some people find it takes a while to get used to the nutty and cheesy taste.
If this is so good, why has it been kept such a secret? For one, the look of it could put people off. There may be a resemblance to fish food if viewed in flaked form! Even the powder version does not look like the most appetizing of foods.

Furthermore, although Nooch has been around for years, recent trends in non-dairy diets have seen a resurgence in use, partly helped by the rebranding of the product (Nooch being the slang term for it). Non-traditional diets, such veganism, dairy free or avoiding other food groups have become increasingly ‘popular’ in recent years.

Many people now follow a different diet, as they believe the health benefits justify it. With the increasing use of Nooch in restaurants and a snappy, new(ish) name, Nooch is likely to be the hottest food around in 2016.

Here are some suggestions if you want to try it yourself:

 Try using it as a topping for popcorn. The cheesy, salty flavor makes it an ideal savory
treat.
 For those of you that still eat eggs, try sprinkling some on scrambled eggs, serving on
sourdough toast.
 Use a non-dairy milk, corn flour, and Nooch blend, for a vegan friendly cheese sauce.
 A vegan pesto can be created using extra virgin olive oil, pine nuts, garlic, and basil,
blended with some Nooch.
 Basically, any foods where parmesan could be used would be ideal for Nooch. For
example, pasta or risotto dishes.

With all this in mind, if you are using Nooch for the first time, remember it is deactivated; you cannot use it for baking bread!