How A Low Carb Diet Helps Keep Your Appetite Under Control 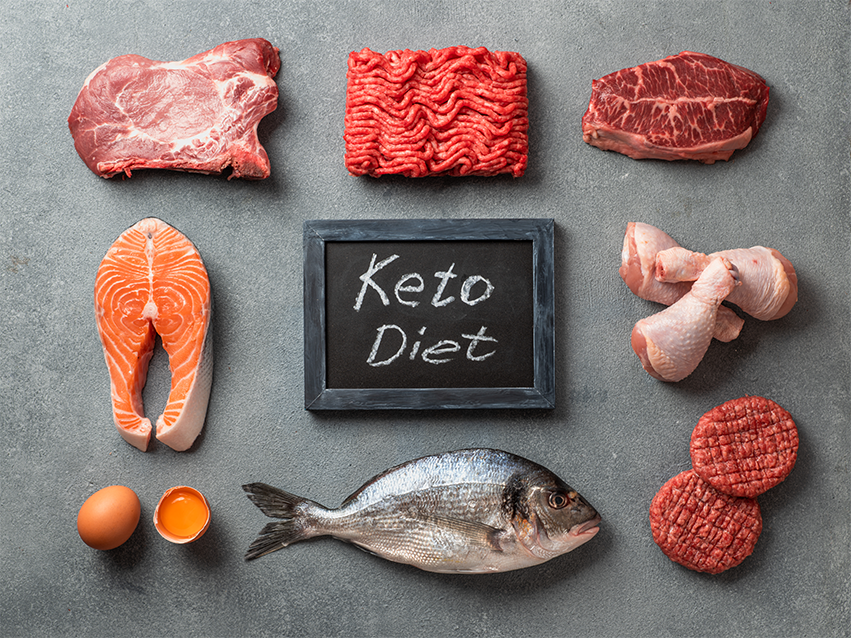 When people want to start losing weight, they usually alter their eating habits. However, before you even consider going on a diet, you should do your research, because not every diet will guarantee significant weight loss in a short period of time. On the other hand, a low-carb diet will definitely help you reach you weight loss goals effectively.

People who crave foods that are high in carbohydrates often overeat, which is why a low-carb diet will naturally help you suppress your appetite and make it easier for you to keep it under control. This type of diet usually requires an individual to consume mostly fat and protein.

When your body becomes depleted of glucose, it will start burning stored fat in order to
produce energy, which will already aid in weight loss.

Before we actually get into how a low-carb diet suppresses appetite, let’s first define what
appetite actually is. There is a huge difference between hunger and appetite – the first term is defined as the physiological need for food, while the latter is considered to be the desire for food.

However, it’s actually the desire for food that makes us overeat and gain weight. For example, eating a small bowl of pasta is an easy way to relieve your hunger. Nonetheless, appetite might make you want to eat a large bowl of pasta.

Consuming a low amount of carbs directly affects your blood insulin levels. When you consume a lot of carbohydrates, you always experience a spike in your insulin levels, which increases your food cravings.

This makes most people get into a really nasty cycle of consuming too much food and
ultimately gaining weight. So, by consuming less carbs, you will actually lower your blood
insulin levels, and naturally suppress your appetite.

If you’ve tried dieting or losing weight before, then you’re probably familiar with appetite
suppressants. However, it’s much healthier to eat real food than to take a pill in order to help keep your appetite under control. It’s not that those pills will damage your health or won’t work; it’s just that it’s much more natural to alter your eating habits.

Despite the fact that low-carb diets are proven to be effective when it comes to weight loss, it’s still not very popular among the general public. The main reason behind this is that people find it extremely hard to stop eating bread, pasta, and other foods high in carbohydrates. However, this is only your brain telling you that it wants you to spike your insulin blood levels again and overeat on these foods.

In order to lose weight in a short period of time, you will need to break that cycle and ignore those cravings. After all, you will stop craving these foods soon after you stop consuming them.

A study conducted by the Department of Experimental Medicine of University of Lund, Sweden showed that the main reason why you can achieve rapid weight loss with a low-carb diet is because of appetite suppression. The study lists three reasons behind the suppressed appetite:
 The high-protein content of the diet
 The ketogenic nature of the diet
 The absence of hunger-promoting carb components like fructose and/or sucrose

Researches from St. Louis and Japan (Banks WA1, Coon AB, Robinson SM, Moinuddin A, Shultz JM, Nakaoke R, Morley JE, et all, Triglycerides induce leptin resistance at the blood-brain barrier) found that triglycerides, which are fats found in the blood stream interrupt the passage of the appetite regulating hormone leptin across the blood brain barrier stopping it from signaling the body that it has had enough food.

Low carb diets result in a dramatic reduction in triglyceride levels, so that leptin can get to the brain to successfully reduce hunger.

The reduction in triglycerides happens pretty fast once carb intake is reduced, and is one of the main reasons that low carb eaters have a substantial reduction in hunger. As an added benefit, once leptin gets to the brain it boosts thermogenesis (fat burning) and so the metabolic rate increases.

Low carb eaters are not white knuckling it through caloric restrictions as they do on the many high carb/low fat plans.

While some people believe that low-carb diets cost more money to follow than eating
processed carbs, this is just a popular misconception. Actually, processed food, convenience food and other high carb boxed foods often costs more than produce, meats and fats that are eaten on a low carb plan.
Also, remember that you won’t be eating as much, so you’ll most likely spend the same amount of money you would’ve spent if you were still consuming a lot of carbohydrates.

Low carb diets, like the ketogenic are safe and successful in producing superior weight loss results.