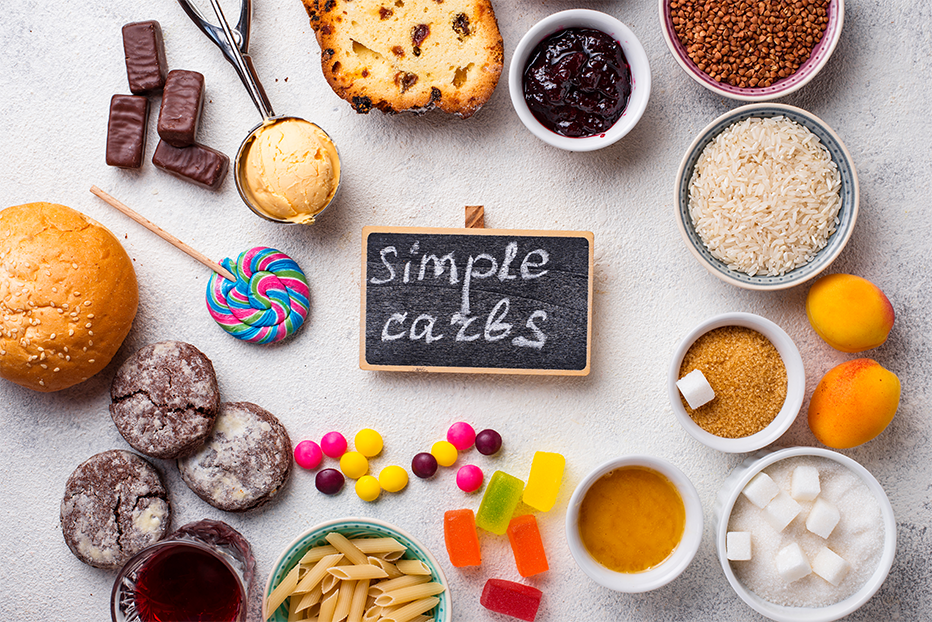 Have you ever stopped to wonder, why is it that in our age of modern medicine and easy access to knowledge that we are sicker than ever?

Could it be because of misinformation? There is a good chance. However, there is an even
greater danger, easy access to tons of processed foods, mainly snacks and carb-laden disasters waiting to happen.

Let me ask you; how often over the past week, have you stopped by the grocery store or deli and picked up something to have a bite on the go, or even worse- a drink? You may have been bustling on your way to reach in early to work, but at the cost of your health (and possibly life).

Carb addiction is a true medical condition, similar to depression of schizophrenia, whereby the affected party does not necessarily recognize, or admit to having a problem- though it exists in every sense of reality. However, the first step in breaking your dependence on carbs is to identify the trouble makers, and stay clear of them, or at minimum find better substitutes.

Here are the worst high carb disasters- none of them intended by nature.

Except the fact that the ARTIFICAL sweeteners included in it to still give a sweet taste, while magically being sugar free, may be worse than guzzling down table sugar by the boatloads.

See, these artificial second generation sweeteners (such as aspartame) are truly calorie free, or very low calorie, but trigger a much more massive hormonal response in the body, primarily insulin, the friendly hormone that is easily corruptible. Causing your insulin levels to roller coaster up and down is the easiest way to a bodily crash- so stay away from all soda.

Must have a sweet fix? Have a slice of pineapple. You’ll also get a good dose of digestive
enzymes, which promote bioavailability of protein in your meals. Moreover, top it off with a tall glass of crystal clear water!

As a whole, flour is not good. However, in an effort to not disrupt every single person on the planet’s life, we will restrict our discussion to white flour. White flour is essentially wheat that has been ground into powder, with all the nutrients removed.
Yes, you read that right- removed.

You are essentially making, or eating your favorite treats with Johnson’s baby powder, though not as sweetly scented. It “may” then be generously fortified with a few vitamins, in an attempt to make it healthie and more appealing to the general public, although it’s just bull. Next time you go to pick up a donut, a loaf of bread, or a delicious baked morsel, do yourself a favor, and pick up the at least marginally better whole grain, or wheat variety.

Think all yogurt is created the same? Think again. Though at the heart of it all yogurt is healthy, the flavoring and sweeteners added to it make them go downhill, and fast.

Yogurt is rich in probiotics- good bacteria that regulate gut and digestive health, but are often countered by including lots of sugars, which promote the growth of candida and promote deterioration of health.

Opt for Greek yogurt, preferably unflavored, and experience the true power of yogurt. A quick browse of both labels will reveal superiority of Greek yogurt.

Once again, the more processing a food is out through, the worse is its effect on health.
Comparative to white flour, white rice has also had most of its nutritive content removed,
leaving merely a filler of a meal, rich is empty simple carbohydrates and not much more. As much as possible, try for brown rice, but keep portions small nevertheless.

Fruits are great as they are, when consumed in moderation. However, smoothies take a good thing and make them bad. For one, a simple fruit smoothie can take one portion, and turn it into 5, not to mention the addition of sugar, syrups, and a bunch more unnatural additives.

If you must have a smoothie, make it at home, in a single serve mixer, without added sugar.

Tortillas, nachos, cheese balls and the host of them are utter and complete crap. With literally zero nutritive value, all they contribute to is empty caloric intake, along with heart disease and diabetes. Please, do not encourage your kids to eat these either, as habits as a child translate to parental habits.

The simplest rule of thumb when choosing the best carbs is to stay as close to nature as
possible. Think honey (occasionally) fruits and veggies, and the occasional nuts and beans. Your organic market may be helpful, but some manufacturer may still be deceiving.

Stay vigilant and your health will thank you